Of course art is an investment, you moron

There is a multi-trillion dollar blackhole of negative-yielding debt in the Bond universe, almost a quarter of total global debt. This growing threat within the financial markets threatens to destroy potential gains for savers who are being forced to engage in riskier investment strategies. Corporate stocks are already trading considerably over their real value on any metrics, raising the possibility of creating bubbles and volatility. In terms of safety, even bonds may not be bulletproof, and certainly yields aren’t either.

Trade wars have the potential to cause an earthquake in the production and distribution chain, consumer conduct, and, ultimately, the consumer’s disposable income.  Only two weeks ago we saw an adjustment in production output. History has taught us well the possible repercussions that may arise from this scenario. However memory is short and everyone carries on, why? We feel safety in numbers until numbers don’t add up, and currently they don’t.

For over 30 years, I have studied the behavior of art as an asset. I have ascertained that it is one of the safest deposits of value. Like gold or Real Estate, art is tangible. Strong arguments can be made in terms of arts low correlation with stocks, while it is also quasi-immune to currency devaluations due to its portable nature. Moreover, art is resilient against inflation, even at times of war.  In fact, it is during violent conflict that art becomes one of the most valuable assets, as it not only has monetary value, but also reflects on national identity and the deepest human values worth safekeeping or stealing.

Except for young and emerging art[2], I find it a statement of ignorance when people say that one should not invest in art.  I would rather have a portfolio of works by the world’s top 10 artists than the word’s top 10 blue-chip stocks. Leonardo will never be worth zero. Enron, Lehman, and so many others, now are.

I see a tremendous opportunity for our funds in the way the markets are shaped today. These funds, combined with other incentives inherent to this asset class, are a serious alternative for investors.

[1]Some can see further than others. In Artemundi we are in a constant effort to educate and help others “to see” for themselves the advantages of art as an investment. Apart from the multiple hidden meanings in this work, it also perfectly illustrates the chaotic context in which it was made during the reign of Henry VIII. Once again, the current economic and political instability (eg Brexit) is more present than ever, and it demands new perspectives to succeed.

[2] One should never mess with an artist’s career, much less manipulate it. What artists need is the support of a fertile society, honest collectors, galleries, and institutional thinkers alike to create progressive and inspiring art.  Just like the old fashion way, show after show, review after review, without auctions marred with certain illegal bidding practices.

Are We Really Going Down?Economic Perceptions of the Art Market 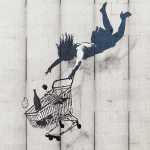 Timing is everythingEconomic Perceptions of the Art Market