When Figuration Strikes Back

The more things change—the more they stay the same.
by Steven O’Hara

Throughout history, civilizations have left us with imagery, symbols and architectural sights documenting their existence and beliefs. Humanity’s individual and collective cultural accomplishments have been either revered or rebuked by generations that followed. The 21st century has faithfully carried on this tradition in the most innovative ways. Though immensely popular for most of history, figurative art experienced a bit of a lull in the 20th century, while abstraction has recently dominated the market. Although it is ridiculous to say that figuration ever went anywhere, the reality is that art history is a series of dominant narratives, and there is no question that process-driven abstraction has been in the spotlight for the past few years, both curatorial and in terms of market. In recent years there appears to be a major shift back towards figurative art as young artists garner an increasing market attention and appearances in major exhibitions. A recent example of this game change was noticed as David Zirner’s booth for Lisa Yuskavage was sold out during the VIP opening in Frieze New York 2016.[1] 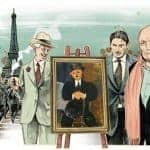 The Art of Secrecy: The Good, The Bad and The UglyMarket trends 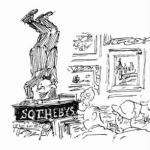 Sotheby’s With One Step Closer To The GraveMarket trends